Saffron and Ginseng Can Spice Up Your Sex Life

Aphrodisiacs have been used all around the world for thousands of years. Now a new study has proven that at least some of them really work.


People looking to spice up their love life should try adding saffron and ginseng to their diet, according to a new study.

Both are proven to increase sexual desire, according to the latest scientific review of natural aphrodisiacs.

Saffron, which is produced from the dried stigmas of the Crocus sativus flower, is a spice commonly used in Spanish, Italian and Indian cuisine. Gingseng is a root which is also reupted to boost memory and stamina. Read more

For those interested in Tantric sex, but who don't want to convert to a Tantric lifestyle, here are five explosive techniques you can try.


This isn't Philosophy 101. There won't be any debates or unearthing and dissecting of the secrets of tantric sex. You're not interested in converting to a tantric lifestyle, but you would like to try some techniques that will enable you to last longer, orgasm harder and leap tall buildings. Okay, so you won't be able to leap tall buildings, but you will be able to keep your pleasure at its precipice while you take her over the edge again and again. If you're interested in giving her a good time that she won't soon forget, read on. With these tips, you won't succumb to sexual pleasures until you're both gasping and you decide to take that plunge. It's all in your control.

PC Muscle Contractions
You may notice that it is difficult to keep going or even to stay awake after you've ejaculated; in tantra, it is believed that ejaculation depletes your energy. This belief has led to new practices that train the man and his muscles to recognize energy flows and release them without losing his own vitality. Read more

Posted by Jennifer Lawless at 8:00 AM No comments:

Learn three cleansing breaths to balance your body, clear your mind, and awaken your innate bliss.

Meditation for Beginners: 20 Practical Tips for Quieting the Mind

You may know that meditation is beneficial, but establishing a practice is another thing..If you're having trouble meditating, these twenty practical tips for quieting the mind may help.


Meditation is the art of focusing 100% of your attention in one area. The practice comes with a myriad of well-publicized health benefits including increased concentration, decreased anxiety, and a general feeling of happiness.

Although a great number of people try meditation at some point in their lives, a small percentage actually stick with it for the long-term. This is unfortunate, and a possible reason is that many beginners do not begin with a mindset needed to make the practice sustainable.

The purpose of this article is to provide 20 practical recommendations to help beginners get past the initial hurdles and integrate meditation over the long term: Read more 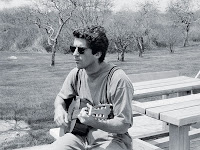 John F. Kennedy Jr. was among the celebrities who was interested in Tantric sex, according to an ex-girlfriend's memoir.


John F Kennedy Jr smoked marijuana and took a book about tantric sex on a holiday to Jamaica, according to a former girlfriend.

Christina Haag said the pair were offered an ‘enormous spliff’ by some islanders after they almost drowned at sea while kayaking.

The actress makes the disclosures in her forthcoming memoir about her five years of dating JFK’s tragic eldest son in the 1980s. Read more

Tantric Sex: The Road To Ecstasy


My boyfriend knows how to bring me to a fantastic orgasm, but he says he would like to feel more closeness between us. Something more than "just sex." How can we make this happen?

You can reach new excitement, bliss and intimacy through ancient techniques of tantric sex. This originated in India, China and Nepal and is being revived and adapted in the West. Using breath, intention, sounds, meditations, movements and rituals you can relax, arouse and exchange love energy. Follow these steps for sacred and spiritual sex: Read more

Many, if not most, people explore Tantra to improve their sex lives, but there is so much more you can gain from Tantra, including health benefits, says Laurie Handlers.


When people hear the word Tantra, they usually think of kinky sex, the Kama Sutra, something they saw on HBO or on Sex & the City. That’s if they’ve heard of it at all.

I have found many unexpected health benefits from practicing this ancient form of meditation and related breath practices.

I began Tantra like anybody else thinking it would enhance sex making it hotter and maybe even wilder. I had no idea back then how powerful Tantra was to become in every aspect of my life.

Very soon, after embarking on this path, I became aware of a quieting down in the mind, something I had been trying to accomplish for years to no avail. This alone helped me to reduce my stress levels. But that’s not all; that was only the beginning.

Now, after 10 years of practicing Tantra, I am aware that I am not suffering  Read more

Posted by Jennifer Lawless at 6:00 AM 2 comments: