The Relationship between Buddhist Tantra and Hindu Tantra

Tantra can be a confusing term. If you read about Tibetan Tantra, it seems completely different from Hindu Tantra. Why does the same term cover such a wide range of practices? Kyabje Trijang Rinpoche explains the relationship between Buddhist Tantra and Hindu Tantra. (I don't agree that Buddhist Tantra is superior, however.)

Although some scholars have maintained that Buddhist tantra was derived from Hinduism, this is not correct. The theory, prevalent among those who adhere to the tenets of the Hinayana, is based on a superficial resemblance of various elements of the two systems, such as the forms of the deities, the meditations on psychic veins and airs, the fire rituals, etc. Though certain practices, like the repetition of mantras, are common to both Hindu and Buddhist tantric traditions their interpretation, i.e. the inner meaning, is vastly different. Furthermore, Buddhist tantra is superior because, unlike Hinduism, it contains the three principal aspects of the Path: renunciation, the enlightened attitude and the right philosophy. Read more

10 Steps to a Spiritual Relationship

Relationships are one of the best and toughest paths to Self-realization, but spiritual relationships are the closest thing to heaven that you can experience on earth. Yoga teacher Kimberley Theresa reveals ten methods for building a spiritual partnership.

... So what exactly is a spiritual partner? He or she is an ally for personal growth. You both decide that you want to work together to become your best selves as quickly as possible. You commit to helping and loving each other—and, here's the key—everyone around you. Because, it is only when you are living love and kindness that your relationship will truly flourish. Try it and see. When put into practice, you can make all your dreams come true.

How do you do it?

Whether you're in a relationship or seeking a new one, here are 10 methods for building a spiritual partnership. Read more

Posted by Jennifer Lawless at 11:00 AM No comments:

Reincarnation is the belief that one has lived before and will live again in another body after death. Robert Lanza, considered one of the leading scientists in the world, says that scientific experiments suggest that this ancient belief may be correct.

We think we die and rot into the ground, and thus must squeeze everything in before it's too late. If life -- yours, mine -- is a just a one-time deal, then we're as likely to be screwed as pampered. But experiments suggest this view of the world may be wrong.

The results of quantum physics confirm that observations can't be predicted absolutely. Instead, there's a range of possible observations each with a different probability. One mainstream explanation, the "many-worlds" interpretation, states that there are an infinite number of universes (the "multiverse"). Everything that can possibly happen occurs in some universe. The old mechanical -- "we're just a bunch of atoms" −- view of life loses its grip in these scenarios. Read more

Posted by Jennifer Lawless at 5:00 AM No comments:

The Yoga of Sex Muscles

The pubococcygeus muscle or PC muscle is a hammock-like muscle, found in both sexes, that stretches from the pubic bone to the tail bone forming the floor of the pelvic cavity and supporting the pelvic organs. Kegel exercises are a set of exercises designed to strengthen and give voluntary control over the PC muscles. A healthy and robust PC muscle provides many benefits. Tantra teacher Suzie Heumann explains how to do PC muscle exercises the right way.

Today's PC muscle exercises, or Kegel exercises, are not the ones your mother might have done. Oh no, they've been upgraded a whole lot so it's surprising that they aren't considered one of the "yogas". The truth is that they are a type of yoga. Mindfulness, along with these physical exercises, was taught by many ancient traditions for both men and women.

Dashing off a couple of squeezes here and there is not what I'm talking about. Learning and practicing the correct way to do Kegel exercises isn't hard but it is important to do them right for the desired physical benefits. Read more 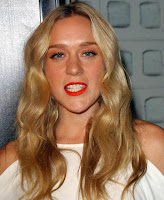 Hollywood actress Chloe Sevigny has taken up yoga and as well as increasing her fitness it has boosted her sex drive.

The model-and-actress recently took up the gentle relaxation exercise and is reaping the benefits, which include an increased libido. Read more

Why Angelina Jolie Is the Occidental Tantra Goddess 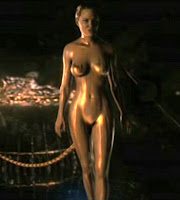 You may think of Angelina Jolie as an award-winning actress and humanitarian, but Acharya Subhojit Dasgupta says that to an experienced Tantra teacher, Angelina Jolie is the quintessential Tantra goddess.

Angelina Jolie - a tantra goddess? Yes. In the truest tradition of tantra, her name itself conjures up visions of unbridled energy, untamed and yet powerful. The mention of Angelina Jolie is synonymous with passion, and none can ignore it. Every man would want her, and every woman secretly wants to be like her.

Long before Angelina Jolie stormed the world with her highly acclaimed role in the American television film Gia (1998), her smouldering sexuality, devilishly beautiful eyes and sensuous bee-stung lips had become bywords of sensuality. She infuses the power of sexuality in everything that she does.

How To Have Sex The Tantric Way

Tantric sex is more often talked about than explained. Tantra Tips discusses how to have sex the Tantric way.

Tantric sex originated in India and was originally used as a means to achieve spiritual growth and to connect to the divine realms.

It is possible to use the same approaches to maximize the total sexual ecstasy, both the physical, mental and spiritual aspects of the sexual ecstasy. The approach can also be used to make the sexual pleasure last a very long time before you plunges into a intense climax. Read more

Agama Yoga, led by Swami Vivekananda Saraswati, hosts several of its Tantra 1 and 2 seminars each year. The esoteric Tantra 1 teachings are presented in a coherent, step-by-step approach, well adapted to the Western mentality without losing their original mystique and richness.

The Tantric Sex in Avatar

Avatar has been nominated for nine Academy Awards, including Best Picture and Best Director, but A Q. Nomani, author of Tantrika: Traveling the Road of Divine Love, says its sex scene, accurate to the ancient Tantric tradition, is also award-worthy.

When former Marine Jake Scully drapes his sinewy blue body around his Na'vi bride, Neytiri, the heroine of James Cameron's Oscar-nominated epic Avatar, his neural tendrils fuse with hers, in the script, but off camera, in one of the most unusual sex scenes ever produced on film. Critics and commentators have been dissecting the themes of the Hollywood mega-blockbuster, from its just-war doctrine and environmental ethics. But there's a philosophical dimension that this otherworldly sex scene captures that most folks have overlooked: the Tantra of Avatar. Read more

Posted by Jennifer Lawless at 11:00 AM No comments:

While hubbies are scouring the city for red roses, dark chocolates and over-priced dining experiences this Valentine’s season, there’s one way to stay ahead of the curve and provoke an intimacy with your significant other deeper than what lays behind any red ribbon package. It’s called Tantra, and the Omaha Healing Arts Center hosts a night of instructional Tantric dance this Saturday.

Before you write off this article, many misconceptions persist about the ancient practice of Tantra, according to Renee Jeffus, who’ll teach the class. Jeffus is a world-traveling, Bellevue-born instructor and organizer of the event.

After a recent trip to Jamaica where she taught private Tantra classes, The Reader caught up with Jeffus while she lunched in NYC, and asked her to set the record straight on Tantra. In the process of the phone interview, she revealed the dark and rocky road that led her to become a holy woman of sensuality. Read more