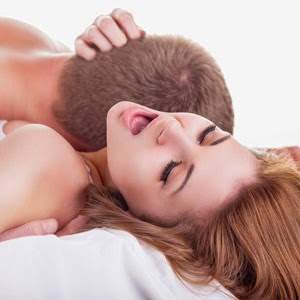 The Kama Sutra is an ancient Indian book that was written to teach men how to have a happy marriage. It’s chiefly famous for describing the arts of lovemaking. Despite being centuries old, the Kama Sutra is still just as fun to try today. There are many sex positions described in the chapter covering the sexual union between couples, but there are three positions which are emphasized and described as being better than all the others. These are known as the three secret positions.

With the woman lying on her back, the man raises her legs with her knees at 90 degrees to her upper body, and with her knees parted; the man hooks her feet over his thighs. The man is on his knees, with his legs spread far apart, and he enters the woman in this way, his truck in perpendicular to the floor. The man's hands will rest on the woman's breasts, fondling them, while he rocks her (no thrusting), causing an intense stimulation of her clitoris.

The man sits and uses his arms to hold his body up, with his legs spread apart. He is completely passive, and the woman assumes the active role. She mounts him sitting by putting her legs over his, and supporting herself by resting her hands on his shoulders. The woman has three basic movements that she can employ: the Tongs, the Bee, and the Swing.
Secret Position 3: Inverted Love

The man lies on his back, and the woman, mounts him, but with her head pointed towards his feet. She is in a crawling position, on all fours, but penetrated by the man. She rocks back and forth, and the man assists by counter-thrusting as she eases back down on him. This position stimulates a woman's clitoris and G-spot with the woman guiding the movement to achieve maximum stimulation.

A lot of people think that the Kama Sutra just about sex, but that isn't true. The Kama Sutra is made up of seven sections but only the second, called "On Sexual Union," describes different sexual positions. The Kama Sutra is ultimately about wisdom and living well. It covers the three aims of life, virtue, prosperity, and love. For couples, practicing the art of Kama Sutra, in life and love, will add a new dimension to their relationship.

Tantric Sex: A Guide to Tantra Lovemaking Secrets and Practices is filled with techniques that are guaranteed to increase your sexual pleasure. Learn how to revolutionize your sex life with Tantric secrets and practices that will bring you to the furthest reaches of sexual and emotional fulfillment. To discover new ways to connect with your partner and revel in orgasms that are whole-body experiences, click here.
Posted by Jennifer Lawless at 6:00 AM